I can’t believe I said these words to a client, “Ignore her.” His eyes nearly popped out of his head. So did hers!

Here’s the context of the conversation

Clients, George and Eileen, both have borderline hearing loss but neither one of them would benefit from being fitted with hearing aids. At this point, hearing aids would be more of a hassle than a benefit. What’s great about this couple is that they have been monitoring their hearing losses for the last three years. Each August, they have their hearing checked at Avalon.

The most frustrating thing for George is when Eileen speaks to him from another room. She has a soft voice. Add in George’s mild, high-frequency hearing loss and you get frustration, frustration for both of them. Exasperated, George explained that this happens all the time. He admitted that he regularly reminds Eileen about the WALK – THEN TALK Rule that he learned about last year. But it’s not working. 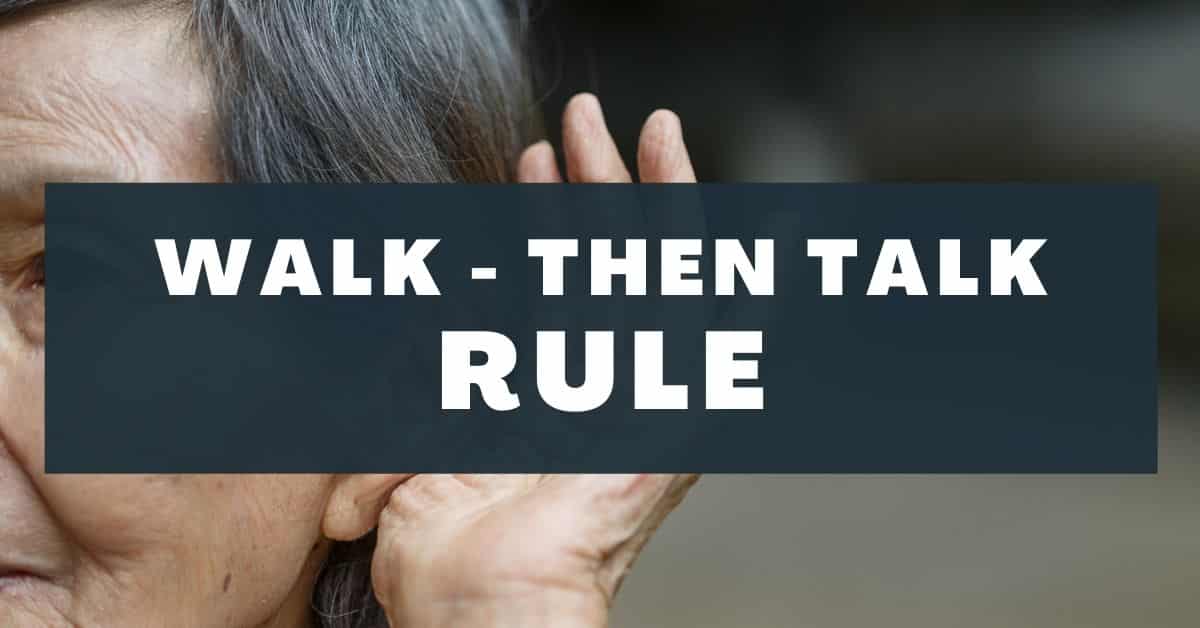 What’s the WALK – THEN TALK Rule

We, human beings, are so distracted these days that this rule of communication enhances any relationship. It worked for my relationship with our son, Christopher, when he was a child. He’d call upstairs to ask a question of me, often while I was blow drying my hair. I could hear that he was talking but had no idea what he was saying. I’d get frustrated and so would he. Sound familiar??!!

So, we sat down, had a talk, and made a commitment to one another. We agreed that whoever started the conversation would follow the WALK – THEN TALK Rule.

One day, I was running late for work. I shouted downstairs for Christopher to be ready in five minutes so I could take him to school. He called back and said, “Mom, walk – then talk!” I laughed, stopped what I was doing and followed the rule that we had agreed to live by!

What is the WALK – THEN TALK Rule really about?

When I dissect this rule for communication, it tells the other person that they matter. They matter enough for me to stop and come to them. It also says that what I have to say, matters, that I want to be heard. 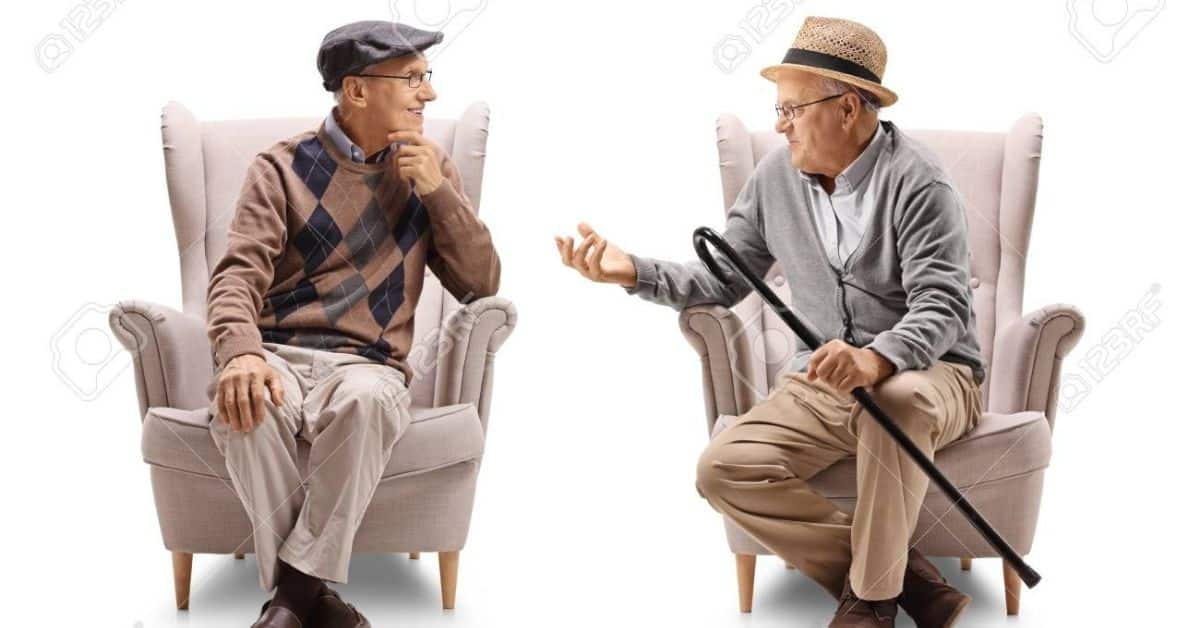 Maybe, I can even slow down enough and look them in their eyes. Have you noticed that we seem to have lost the fine art of looking people in the eyes when we speak? Connection to another person happens at a whole other level when we look each other in the eyes. It can feel vulnerable, but the payoff is huge. Connection! Wonderful connection!

Back to George, and telling him to ignore his wife

For whatever reason, George and Eileen had not been able to make the WALK – THEN TALK Rule work for them as a couple. Following this rule for communication takes a commitment, takes practice, takes a willingness to make mistakes and is best done with some humor.

At this point, George and Eileen were resigned and frustrated with one another

It was time to shake up their communication dance as a couple. Their learned behavior was not helping their relationship. That’s when I told George, the next time Eileen spoke to him from another room, when he heard her but had no idea what she was saying, just ignore her. If it’s important, she’ll come to you. It may even modify her behavior. 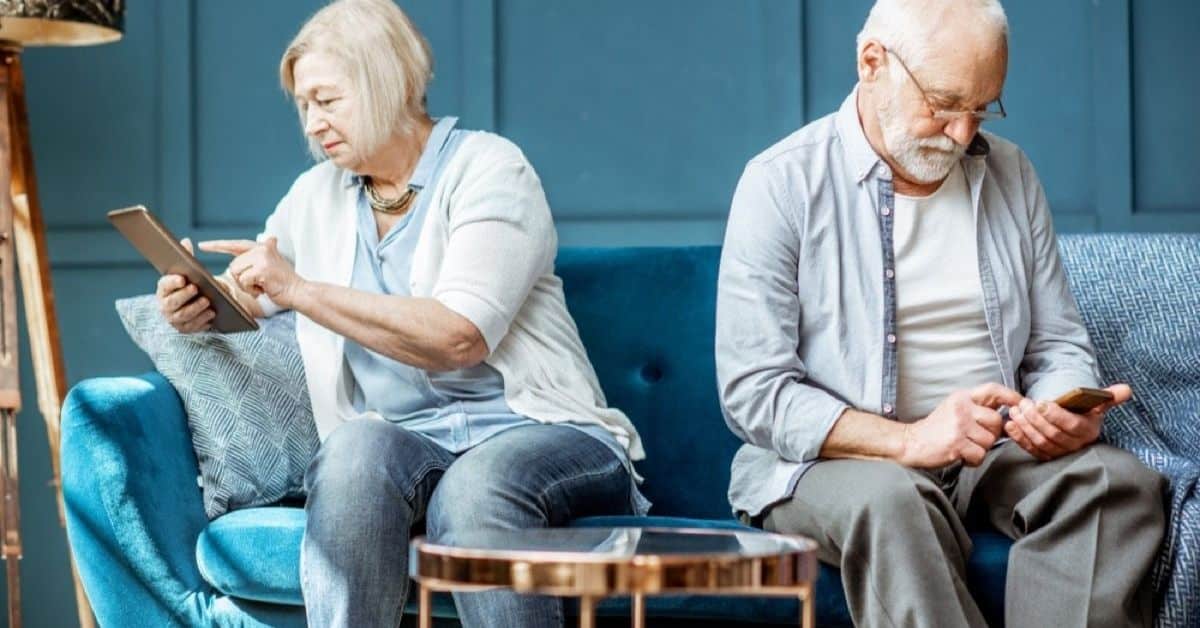 I turned to Eileen and gave her permission to ignore him IF George started a conversation from another room. I am not saying to just ignore each other whenever they want. Only ignore, or don’t respond if they are talking from another room. For many people, Christopher and I included, this changed our ineffective way of communicating AND enhanced respect and connection in our mother/son relationship.

Start here and blame it on me

In the good old days of teaching classes, in person, I suggested that people make me the bad guy. If your partner forgot to come into the same room AND get your attention, simply call back, “Betty says WALK – THEN Talk!” Then, laugh and follow the rule.

If you can’t seem to incorporate this rule into your life, I give you permission to ignore one another BUT only after you let the other person know that you will not be responding to them if they start talking from another room. Be respectful and know that this is not about being annoyed with one another, it is a way to ultimately connect more. Please don’t use it for any other reason.

Would you share this Take Heart email with a loved one?

It may be your wife. It may be your husband. It may be one of your children or a friend. Please share it and come up with a plan that enhances your relationship, connecting you more, despite hearing loss!